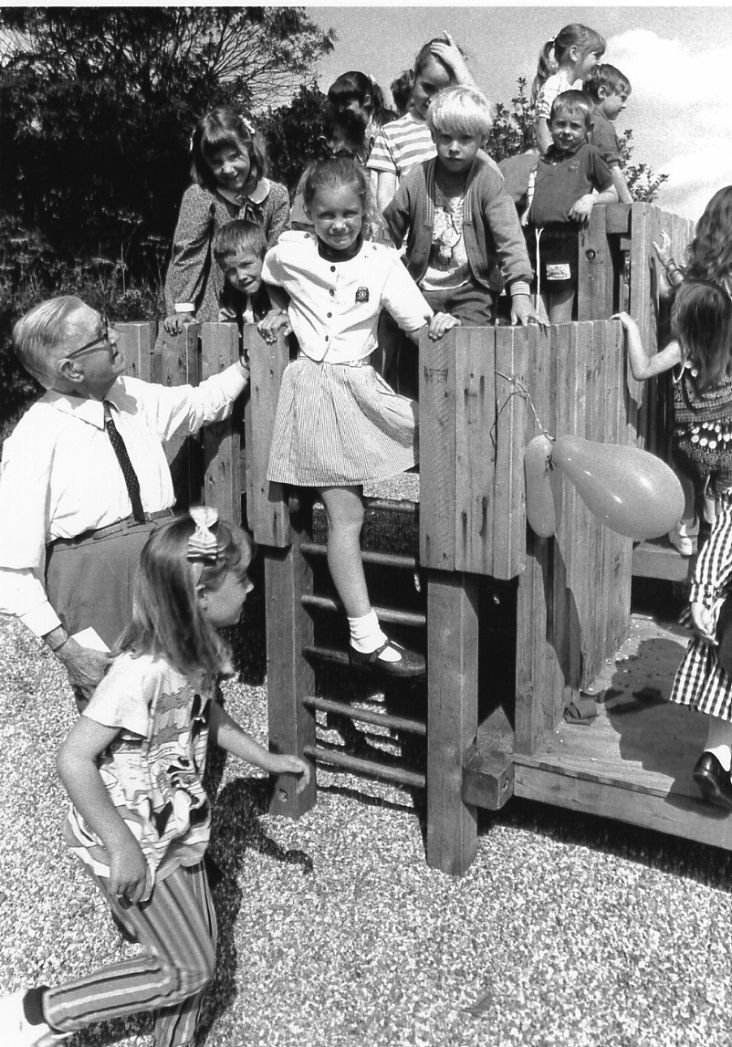 The opening of the School Play Equipment, 1992. Masterminded by Heather Lenton and Rosie Stanley, fundraising included proceeds from the Little Melton Light Railway. The children are being watched over by village historian and long serving churchwarden, Joe Day.In the mid-1960s, the population of Little Melton began to rise rapidly, following the erection of much new housing, and the village seemed to be alive with children. The school had been designed for 75 pupils in 1973, but had 97 on the register by 1978! In line with changes that were taking place in the education system in Norfolk and elsewhere, a decision was made to take pupils only between the ages of 4 and 8, at which age they would transfer to the Hethersett County Middle School. In this way, in 1979, the Little Melton County First School came into existence, with Mr Geoffrey Hill as head. This change in the system was to lead to such a big drop in the number of pupils that by 1981 there were serious worries that the school might have to be closed, as there were only 48 children attending. House-building continued, however, bringing many families with young children into the village, so fortunately numbers began to rise steadily, putting an end to all talk of possible closure. In 1991 Mr Hill retired, and the present head, Mrs Anne Clements, was promoted from Acting Head to Head teacher.