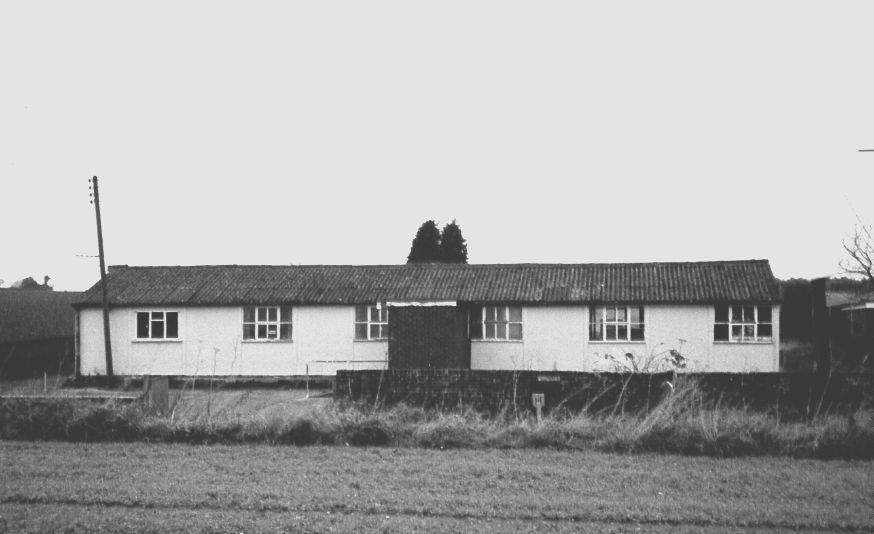 The ‘Pre-fab’ temporary School built on the site of the ‘Bombed’ school, demolished in the late 1970s 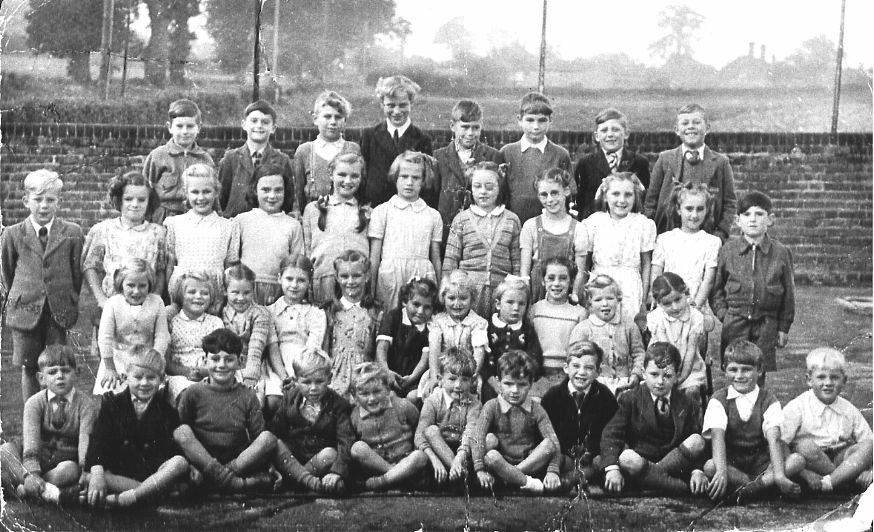 Pupils in 1953 - click to see who they are, some still live in the village in 2020!It would probably have lasted a great deal longer, had it not been for the persistence of the then head, George Gleadhill! After combing through the Statute Books, he was able to find post-war legislation that provided for the rebuilding of all public buildings destroyed by enemy action, Little Melton School having the dubious honour of being the only school in Norfolk to be destroyed in this way. Very few children from Colney were now on the school roll, so a central site on a former orchard next to the Rose and Crown in Little Melton was chosen for the erection of the new building, and just under 100 years after the opening of the old Victorian school, the new one came into use, again substantially built of brick. In March 1972 “The Eastern Daily Press” reported that Norfolk Education Committee had allocated £36,400 to build the school and work commenced in May 1973. The ‘prefab’ closed for half-term on 23rd May 1974, and school opened in the new premises on 3rd June 1974, with 81 pupils in four classrooms.

It was a great relief for teachers and children to get away from the privations of the prefab. school, where, initially, pupils ranging in age from 5 to 11 years had had to be crowded into two classrooms. Later, a mobile classroom had been added to make a third teaching area, but there had been no separate dining facilities, and every lunchtime all the desks had to be cleared of books and papers to double up as dining tables. The temporary school had tortoise stoves in the corners, and pupils any distance from them felt no benefit at all, and the tin roof made it a very noisy building in heavy rain! For a few years after the school moved out, this building enjoyed a new lease of life as Little Melton Village Hall, before a new building superseded it too, the present purpose-built one on Mill Road. In 1990 the prefabricated building was demolished and two houses built on the site, leaving little evidence of the century of dedicated teaching that had gone on there, nor of that terrible night when German bombs destroyed the old Victorian building.

At the time the present school was opened, the curriculum was very much the responsibility of the Head Teacher, though approval had to be obtained from the appropriate county council advisors in each subject, before teaching could be put into practice. Very high standards were achieved, and one year the school received the highest percentage pass rate for any school in Norfolk in the 11+ examination, which determined which pupils were selected for Grammar Schools. Every year, the school regularly sent eight or more pupils to Wymondham College, the local Grammar School. By now the staff had expanded to comprise the head, four teachers, the school secretary and welfare assistant, with help also coming from parents and other members of the local community. The school roll at times was approaching one hundred and twenty pupils aged from four to eleven. Talks from the local policeman, from farmers’ wives and fire service personnel, and visits to farms were now used to introduce children to the life and work of their community. The reputation of the school attracted visiting groups of teachers from as far afield as Japan, Norway, Russia and Yugoslavia. By now the cane had been replaced by a fictitious slipper, which fortunately never actually needed to be used! At Christmas Santa arrived on a tractor belonging to the Chairman of Governors, and brought an individually wrapped and named present for every child. It was a far cry from the start of the century when the Barclay family had, in some years, given lace-up boots to every child in the school and, other years waterproofs, because their parents could not afford such necessities of life.