The roundabout on Hethersett Lane (to provide access to  the new multi story car park) is still held up by Covid delays at the Land Registry,  it is hoped that the cycle path will be extended when the road is shut for construction of the roundabout .

There is no start date for the development of 30 houses opposite the school.  This development is outside the Settlement Boundary but was approved by a Planning Inspector,  the PC understands that development must start before April 2022.    There is a planning condition that the developer will pay for a 20mph part time speed limit but Highways have now accepted that we can’t wait for this development to proceed before providing some traffic calming at the school.     Highways are designing a scheme but LMPC will have to pay for the works, hopefully we will get a contribution from NCC.

There have been numerous complaints about speeding on Mill Rd and Highways have agreed that the speed humps on Mill Rd are not effective enough and are looking at adjusting the slope and providing an additional hump near to the allotments.

Highways have also agreed to provide additional signage at the Watton Rd/A47 eastern roundabout in order to direct lorries onto the A47 and towards the Lorry Route via Thickthorn.  Unfortunately Highways England won’t provide a sign on the A47 itself.

The is an application to build a low carbon, single storey house at the end of The Close but outside the Settlement Boundary , it also lies within the A47 Landscape Protection zone.   The PC has no objection to the building as such but can’t support applications that are outside the settlement boundary because the planning system works on case law and if we support one PA then it becomes difficult to object to others.  This may seem odd, given that the current Local Plan for LM suggests that 10 to 20 new houses would be appropriate but 110 have already been granted permission.   The reason is that until recently there has been a deficit in the 5 year housing supply (across a wide area that includes Norwich City and part of South Norfolk and Broadland) and in that situation the Settlement Boundary is disregarded.  Comments on this application have to made direct to SNC by 17/11/2020. 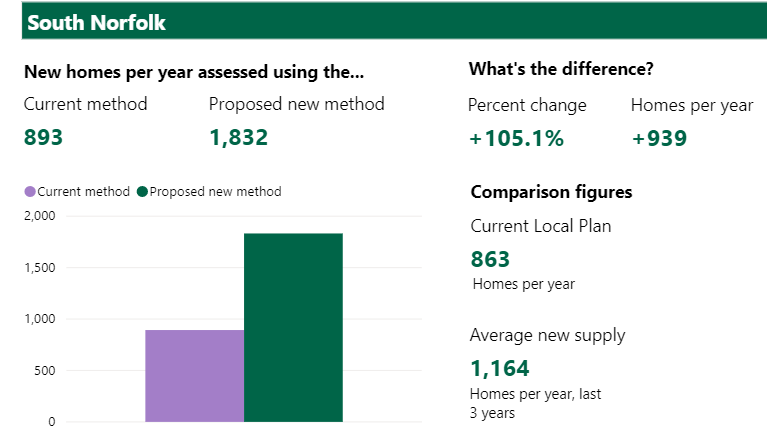 The government is proposing reforms to the planning system and reforms are certainly needed - the current system allows for large scale developments to be built but without first providing the infrastructure.  The reforms are predicted to double the rate of house building in SN but to reduce it in Norwich City - which seems to be irrational (comments should be made to our MP Richard Bacon, who has previously made the case for Planning to follow the Dutch and German models that seem to deliver better results).  So it may be that in the next local plan the Settlement Boundary for LM will be revised, hopefully there will be local consultation first